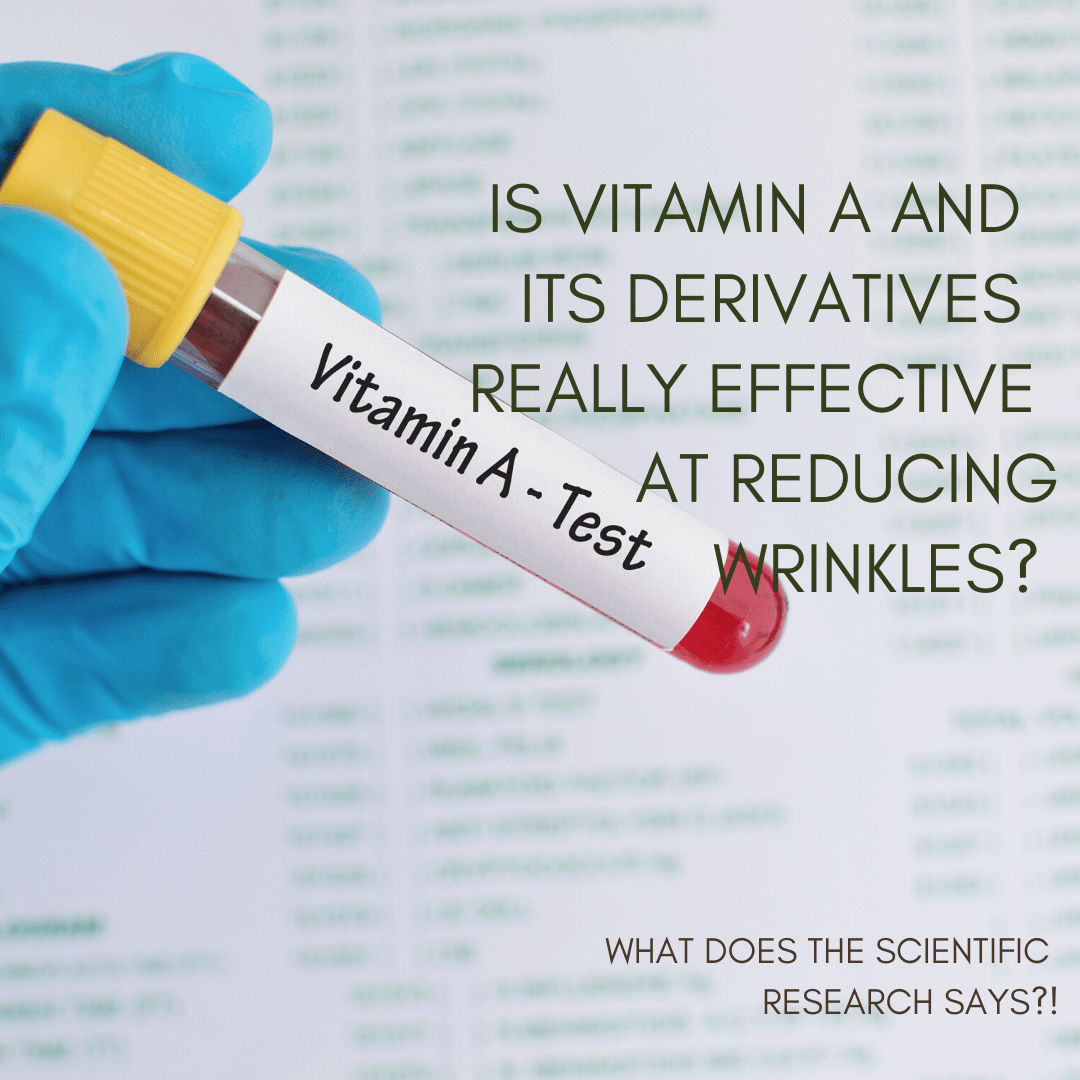 The aging skin & the ingredients that Reverse the clock is a focus on many facial (Skincare) care products, having anti-wrinkle properties with the hope of reversing the clock on aging.  Well aging, wrinkling of the skin is the natural process of life, however how we try to avoid it, there is no escaping it.  Thanks to genetics, for some of us it happened slowly but for others it happens at a higher rate than we would like.  And with a little boost from our lifestyle, including our skincare regimen, most of us can fight against the aging clock a little longer.

Wrinkles are due to a loss of the extracellular matrix which supplies skin with its tensile strength and elasticity. Sunlight, specifically UVA, and environmental factors, break down both the collagen and the elastic tissue around it and that is thought to cause wrinkling (3).  At least that is the current hypothesis, as it has been shown to be a rough clinical correlation between loss of collagen and fibrillin and severity of wrinkling.  Free radicals cause the most significant damage to bio membranes and DNA. It is believed that using vitamins and antioxidants in cosmetics on a topical basis can help to protect from and possibly repair the damage caused by free radicals (4).

One popular active ingredient advertised towards antiaging in skin care products, is pro-retinol, a form of vitamin A. For several years, vitamin A, its derivatives, and beta-carotene (pro vitamin A) have been popular cosmetic additives. Vitamin A is in a group of fat-soluble substances and the first vitamin approved by the Food and Drug Administration as an anti-wrinkle agent. It is suggested that it changes the appearance of the skin surface and has anti-aging effects (1, 4). Vitamin A and its derivatives are called retinoids.  Retinoids are compounds of both natural, biologically active forms of vitamin A, (retinol, retinal and retinoic acid) as well as synthetic analogues of retinol (2). Vitamin A is primarily found in animal foods such as egg yolk and liver.  Carrots, tomatoes, and other yellow vegetables are good sources of beta-carotene, and as a precursor to vitamin A, beta-carotene is a powerful lipid-soluble antioxidant (4).

However, because beta-carotene is unstable, other forms of vitamin A are commonly used in cosmetic formulations, particularly retinol.  Retinol has a positive effect on the skin parameters, with good absorbability (2, 4). Retinol is very stable in product and is well tolerated on the skin when properly formulated (2).  However, how effective retinoids are in cosmetics, not only boils down to their concentration in the product’s formula but also their stability in the finished skin care product.  Additionally, retinol needs to be converted into retinoic acid on the skin in order to see any desired results.

Topical retinoids were first used to treat acne, before it was noticed that female patients were coming back, claiming the treatments also improved their wrinkles (1).  How retinoids improve aging skin are still being discovered in the world of dermatology, and what is agreed upon scientifically is that retinoids slow down the aging process. The Anti-wrinkle properties of retinoids promote keratinocytes (an epidermal cell which produces keratin) proliferation, strengthen the protective function of the epidermis, restrain trans epidermal water loss, and protect collagen against degradation (2).  In other words, Vitamin A and its derivatives, particularly retinol, are among the most effective substances in skin care at slowing the aging process.

There are different forms of retinoids with all falling within the same category of vitamin A derivatives and can mostly be classified under these four core categories: retinyl esters, retinol, retinaldehyde, and retinoic acid.  As aforementioned, retinol is the most used in cosmetics and can either be naturally derived from the enzymes in milk or egg, or synthetically produced.  At Saffiyah Botanicals we opt out of either, instead we use the naturally occurring vitamin A enhancers like carrot seeds and carrot extracts, which are high in beta carotene, along with other ingredients (vitamins, antioxidants) to help to enhance the rejuvenating effects, the synergistic effect! One of which is our popular Carrot Cells Rejuvenating Face Moisturizer

You were not leaving your cart just like that, right?

Enter your details below to save your shopping cart for later. And, who knows, maybe we will even send you a sweet discount code :)